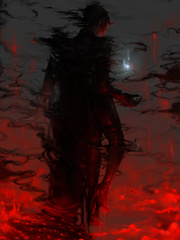 What would you do if you were forced to jump off of a roof? Especially, when those who plotted against you, were the ones closest to you? Would you jump, or would you fight against it to the very last second? Then what would you do if your whole school had been transported to another world... but you were just outside the summoning circle, bleeding out on the floor? Would you summon your last bit of strength to throw yourself into it? Join Logan Kulling on his adventure, will he let go or will he get revenge? [Welcome to The Idle Shadow Cultivation System]