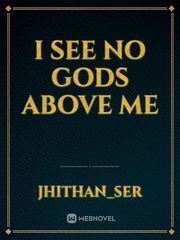 I See No Gods Above Me

What is I See No Gods Above Me

I See No Gods Above Me is a popular web novel written by the author JhiThan_Ser, covering ACTION, ADVENTURE, MAGIC, APOCALYPSE, GODS, PHILOSOPHICAL, RELIGIONS, Fantasy genres. It's viewed by 3.9K readers with an average rating of 0/5 and 1 reviews. The novel is being serialized to 4 chapters, new chapters will be published in Webnovel with all rights reserved.

Theosmos, the world of gods, their followers, and worshippers. In the beginning, there was only one and true God. The people of the world only had one religion, The Religion. The people in Theosmos, the stronger their relationship to God, the higher the status they have on the Religion, and the stronger they are. Bishops aging up to a thousand is a norm and are the kings of the world, their words are the truths. Peace was the only option under the ruling of one God. However, about 3 thousand years ago, God's presence vanished and the world was put into chaos. Without the absolute and the all-knowing God, even the potent Bishops could not control the escalation of sinful and blasphemous acts of human instincts. War devastated the world as greed and selfish ambitions. The only Religion was divided into factions, and new religions were formed: A person who got worshipped, have followers and altars will eventually ascend into Godhood. Kings were no more but these few gods rule the lands. Soa, who came of age left his home, isolated from the chaotic world, still bearing the orthodox teachings of the ancient Religion. The reason for his venture was to find his lost mother and because he can no longer tolerate his father. Soa ventures the land of Theosmos filled with gods and mystery while being the only Son of the one and true God.