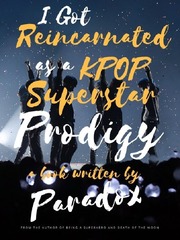 I Got Reincarnated as a K-POP Superstar Prodigy

Dan Stevens was a trainee at BigHit Entertainment for many years but decided to quit before debuting. Now, he was one of the best K-pop Analysts and Producers in the industry. He was so popular that many people were threatening to end his life. Seeing this as a normal thing in the entertainment industry, he ignored the threats and went on with his daily routine. After coming home from his morning run, he was pushed off from his balcony and died. He soon wakes up in a body of a 10-year old kid named Kim Jinbo, who was known to be a prodigy in business from a very wealthy family. Little did he know that he was already in a parallel world where the K-pop industry was booming but there were a lot of things that were different. First, the industry was still in its infancy stage. Second, the k-pop idols he knew were in a different group or were not in their supposed groups. Third, some idols or idol groups did not exist. Fourth, other companies did not exist. Fifth, all of the songs from his previous life was not found in this world. And lastly and probably the most shocking thing among the rest, dating between idols were allowed. Is this JayB's chance to date his ex-girlfriend from his previous world who was also part of one of the hottest girl groups there? Oh and did I mention that he was best friends with 8 other prodigies in their respective fields who together would make the ultimate K-pop group in this world's history? Join JayB as he meets various artists and idols from his previous life who were now starting off together in his journey to being a k-pop superstar. AN and disclaimer: I wrote this for my bias. Please don't be offended or please don't get mad if I ship people or there will be cases that I would be using the artist's songs. I do not own any of the songs nor do I want to affect the lives of these artists. This is purely fictional and is not meant to harm anyone. Other than that, please enjoy!