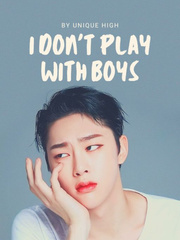 I don't play with boys

Justin was curious about boys. Months ago he had met a boy offline to feed his curiosity. It didn’t go as plan because before anything happened Justin leaves the motel and never looked back. He thought he was straight and it would stay that way. An unknown boy shows up to Justin’s class and he finds out it’s the boy from the motel. Justin befriends Jino and the two take a liking to each other, but there’s a problem, Justin has a girlfriend. He loved his girlfriend, and he liked Jino. he had to choose between someone he loved and someone he liked more than a friend.