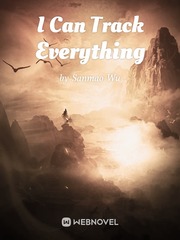 What is I Can Track Everything

I Can Track Everything is a popular web novel written by the author Sanmao Wu, covering Eastern Fantasy genres. It's viewed by 2M readers with an average rating of 4.09/5 and 259 reviews. The novel is being serialized to 133 chapters, new chapters will be published in Webnovel with all rights reserved.

Traveling through the Xianxia world, Chen Chen obtained the strongest tracking system and was able to track everything ever since. Chen Chen says, "System, I am short of money." "Two meters away, your father has hidden some money under the bed. Five meters away, there is a rusty copper coin buried half a meter underground." "There is a nugget of silver in the grass ahead." Chen Chen says, "System, I need some luck." "The feces in front of the pigsty is not ordinary." "Go to the Black Peak cliff ten kilometers away and jump off it." "There is an Immortal Cave Abode hidden somewhere, please explore it on your own."

All My Beasts are Legendary