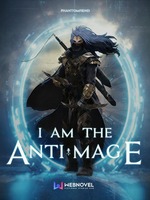 What is I Am The Anti-Mage

I Am The Anti-Mage is a popular web novel written by the author Phantomfiend, covering ADVENTURE, MALE PROTAGONIST, ACTION, FANTASY, MAGIC, WEAK TO STRONG, MAGE, DUNGEONS, HUNTERS, RANKER, Fantasy genres. It's viewed by 78.3K readers with an average rating of 4.74/5 and 19 reviews. The novel is being serialized to 28 chapters, new chapters will be published in Webnovel with all rights reserved.

Kim Ji-woo is back to his original world, but only to see everything is changed. Where Hunters with various magical powers fight monsters that come out from the Portal Gate. However, a soul that makes him to be different from other hunters, setting him on a course for an incredible and often times perilous Journey. Follow Kim Ji-woo as he embarks on an adventure to become an unparalleled existence through his curse into a blessing - the one and only in the dungeons world! ======================================= This is a work of fiction. Names, characters, businesses, places, events, locales, and incidents are either the products of the author's imagination or used in a fictitious manner. Any resemblance to actual persons, living or dead, or actual events is purely coincidental.