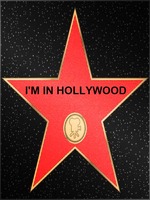 I am in Hollywood

What is I am in Hollywood

I am in Hollywood is a popular web novel written by the author Laqi, covering HOLLYWOOD, HAREM, History genres. It's viewed by 758.4K readers with an average rating of 4.55/5 and 15 reviews. The novel is being serialized to 189 chapters, new chapters will be published in Webnovel with all rights reserved.

An advertising director is reborn in 1988 Hollywood as an eighteen-year-old blond-haired westerner named Eric Williams. From then on, he starts writing movie scripts and television songs, becomes skilled in directing every kind of film, wins over all kinds of female celebrities, and takes the road to become a Hollywood legend. --------------------------------------------- ATTENTION! This is not an original novel, all rights in this story belong to JUST DO. The translation of most chapters is done by: Elawn, Nano4bots and Sissy That Walk. My translation will start where they have left it, my translation may not be as good as theirs but I would like it much more people to know more about this story that I liked so much. I WANT THAT I LIKE THIS HISTORY A LOT, BUT I DO NOT AGREE TO A LOT OF THE BEHAVIORS BOTH OF THE PROTAGONIST AND SOME CHARACTERS. IN THIS HISTORY CHARACTERS OF REAL LIFE APPEAR AND I DO NOT ASSURE THAT THE DATA PROVIDED IN THIS HISTORY WILL BE TRUE.

Be happy with sports

Rebirth of the Entertainment Giant

Let Me Make You a Star