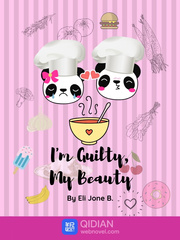 What is I'm Guilty, My Beauty[COMPLETED]

I'm Guilty, My Beauty[COMPLETED] is a popular web novel written by the author JoanB, covering FEMALE PROTAGONIST, Contemporary Romance genres. It's viewed by 1.8M readers with an average rating of 4.54/5 and 104 reviews. The novel is over and can be read all 160 chapters in Webnovel with all rights reserved.

There are three stories in this book. The first is the main story. The next two are the side characters' love stories. BOOK ONE: (COMPLETED) She closed her eyes and recalled that day which was the lowest point of her life that led almost to depths of despair and might have ruined her future. "Without that incident, will I be able to reach all of these? Would my life had been better or worst? Should I be thanking him now instead of hating him?" Without delay, he hugged her tightly. He heard her gasped a little and stiffened. Thus, he loosened his hold but didn't let go. He whispered in her ear, "I'll make sure I'm the first and last man in your life." She loosened up then rest her head on his chest and softly said, "they said a conservative man is a novelty nowadays, are you?" "Yeah, I'm a novelty borne just for you." This is a story combining cooking with romance. Let's accompany a girl named Beauty Ferol, on her journey from being bullied to find love while exploring the world of culinary with the support of a certain Your Romeo. Expect to see a lot of dishes that spiced up their lives. From the author: This is my first time writing a novel and I'm not a native English speaker. I want to thank for droopy for editing the first 60 chapters. BOOK TWO (Contained IGMB's two side characters' love stories) PART 1: ELUSIVE MISS' PORTRAIT (Sheila's and Hugh's Love Story - COMPLETED) Hugh can't forget her sad face and bewitches him. He paints her face in a canvas and searches for her. For two years he searches but ends missing her. He gives up and leaves it to fate. Unexpectedly, the next time he sees her will be at his cousin's wedding, as his partner. PART 2: JOHN'S ADVENTUROUS ROMANCE (Dr. John Rivera's love story is full of romance, drama, and action. All characters from the main story will be inter-playing here.-COMPLETED) Dr. John Rivera believes the Diane Castillon who newly stepped out from his office was exactly the person he fell in love with back in college, but he heard she died years ago. She remembers him. That John, girls surrounds him, and she doesn’t want anything to do with him. He lost the battle before because of his hesitations. But this time, he will aggressively pursue her and make her his forever… but there’s more waiting for John and will bring him to an adventurous ride of his life. Please read my latest and ongoing book: The Sorceress' Heir: Blossoming Youth and Power Tales of the Legendary Adviser (Hiatus)

Can you mend my broken heart?