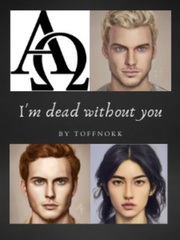 I'm dead without you

Dorian McCallister is a successful CEO of a record label. He is a Prime Alpha and married to his beloved Finian, an Alpha aswell. Together they have two children, and Dorian considers himself the happiest man in the world. That is until he meets the singer Shiro Nakamura, an Omega and also his fated pair. Dorian refuses to live without the love of his life but is physically unable to live without his fated pair. And all Dorian wants is for everything to be as it was. Shiro Nakamura also doesn't want a fated pair. Still grieving the death of his husband and trying to focus on his carrier and his daughter. Shiro hates the idea of belonging to some Alpha he doesn't know. Especially an already married man with children. And while guilt is ripping Shiro apart, a bond is waiting to be made.