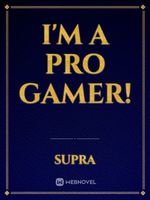 What is I'm A Pro Gamer!

I'm A Pro Gamer! is a popular web novel written by the author SUPRA, covering COMEDY, MODERN, GAME, Video Games genres. It's viewed by 1.8K readers with an average rating of 0/5 and 4 reviews. The novel is being serialized to 3 chapters, new chapters will be published in Webnovel with all rights reserved.

Kai was a professional gamer when suddenly, everything just fell apart. He was kicked from his own team that he painstakingly through blood, sweat and tears; making him a walking meme. He was forced by his parents to move and attend a famous college university in Tokyo, where nobody knows him. After moving, he played on various internet cafés on an account that everyone called qs the "Demon". His ruthlessness and aggresive playstyle causes shivers down the spine to whoever fights him. He lives daily as a student, but can he protect his identity as the "Demon of the game"?