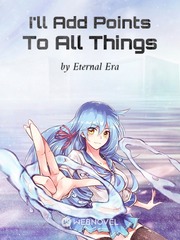 What is I'll Add Points To All Things

I'll Add Points To All Things is a popular web novel written by the author Eternal Era, covering Magical Realism genres. It's viewed by 3M readers with an average rating of 4.39/5 and 357 reviews. The novel is being serialized to 623 chapters, new chapters will be published in Webnovel with all rights reserved.

Su Yang was an average university student in Shanghai when he received a system that allowed him to add points to things. The point system provided him with missions and by clearing them, he would gain points. Add a point into an object, the object will receive a special ability; add a point into a plant, the plant will come alive; add points on himself, he will get talents or superpowers. With the mysterious point system in hand, Su Yang aimed to become rich and alter his fate. On his path towards success, he encountered many interesting matters and people, including famous actresses and business tycoons. Fueled by determination, Su Yang set his sight on adding points into all things to help him achieve his goal.