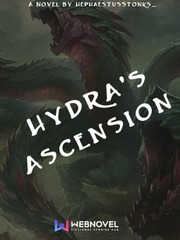 What is Hydra's Ascension

Hydra's Ascension is a popular web novel written by the author YuuysukeYaja, covering MONSTER EVOLUTION, MC-A-MONSTER, ACTION, ADVENTURE, SYSTEM, FANTASY, Fantasy genres. It's viewed by 40K readers with an average rating of 4.82/5 and 12 reviews. The novel is being serialized to 16 chapters, new chapters will be published in Webnovel with all rights reserved.

in the depths of the ocean, a weird creature suddenly awakens. Without knowing nothing of the world. Apparently it has a weird voice on his head, that is trying to help him ascend the world. This webnovel shows the evolution of one of the Mythological Creatures, the "Hydra" the strongest creature of all times, defeated only by the gods.

The Birth of a Demon Lord

Rise Of The Worm Sovereign