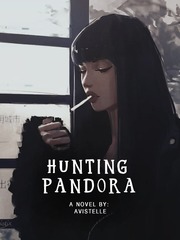 What is Hunting Pandora

Many years ago after Pandora opened the box, it changed humanity's fate forever in eternity. Pain, hunger, and poverty aren't the ones who destroyed the world. Helpless scars that were left behind made humans as the World's first predator. In this modern generation, the Gods already chose the one to be the new Pandora as a grim reminder. But that doesn't seem to work when a twenty-two years old amateur writer, yet full of vices, accidentally discovered the forbidden box. Now, she must face the responsibility to not or to open the box until she finds the real owner. If anything doesn't solve this, neither her will do. Language: English Genre: Fantasy, Mystery, Comedy Status: On-going