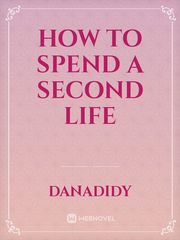 How to spend a second life

"Do you have any last words?" said the soldier while getting ready to kill him. "..." "Very well. Atone for your sins in hell!" the sword detached the head from his body earing a loud cheer from the crowd. "No no...Ricky!" inside the tower prison Tinselda watched how her best friend died. "He...he loved me." with this he decided to follow him even to hell. ~ Tinselda Rila Angercy She who up until yesterday was the princess of a the country Viadora knew no end to jealousy. Having no magical power but being royalty, she was often ignored and let to run rampant. Having a crush on the neighbouring Prince, she used the people around her and committed horrendous crimes. Having killed the woman the Prince loved, she was sentenced to death herself along with her accomplice Derick. Back on earth, Anne Thomas a lab assistant known for being a bitch died at the same time due to overwork. "Well, well...what do we have here. Only a bitch like you could survive to be able to see me a God." it annoyed Anne. "Since when do Gods look ratty like you snake?" patronised Anne. "Outrageous!" hissed the snake. "No wonder not even hell wanted you." smirked the snake "I'll let you 'enjoy' the life of another person...have fun dying!" "You're coming with me you bastard!" Anne ran towards the snake and caught him before the light overcome them. ~ Here starts the adventure of a useless princess with no motivation to live according to the Gods.