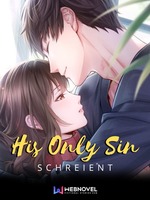 What is His Only Sin

His Only Sin is a popular web novel written by the author schreient, covering ROMANCE, DRAMA, FAMILY, PSYCHOLOGICAL, SLICE-OF-LIFE, Contemporary Romance genres. It's viewed by 272.2K readers with an average rating of 4.89/5 and 36 reviews. The novel is over and can be read all 35 chapters in Webnovel with all rights reserved.

HIS ONLY SIN: She was not meant to be his.... Upon learning that someone from the past had appeared before his wife once again, the anxious husband raced home to save his marriage. To lie was never his intention but was necessary to keep her. Yunho's only sin was loving his wife too much... EMBRACING SIN: [ Sequel to His Only Sin] Beyond the hazy past, in spite of the ramifications of committed sins, Jaeyoung welcomes the birth of a new life and embraces her fate. FORGIVEN: [3rd Installment of His Only Sin] Their story started with a sin, but theirs had already been forgiven... TWISTED: A story about how a proud, arrogant, and twisted man learned to trust and to love unconditionally. BEYOND DREAMS: [Sequel to TWISTED] ========================== Join SCHREIENT's discord: https://discord.gg/Vv7uPrN Like the story? gimme coffee :D https://ko-fi.com/schreient