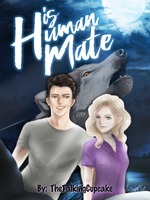 What is His Human Mate

His Human Mate is a popular web novel written by the author TheTalkingCupcake, covering WEREWOLF, ROMANCE, SHIFTER ROMANCE, HANDSOME MALE LEAD, STRONG FEMALE LEAD, FANTASY, HIGH-SCHOOL, FOOD, Fantasy genres. It's viewed by 680.9K readers with an average rating of 4.9/5 and 38 reviews. The novel is being serialized to 162 chapters, new chapters will be published in Webnovel with all rights reserved.

Erick Kendall, the strongest Alpha in his generation but also a player, who loved to date any female. Amber, a typical girl who loves to eat and dreams of a normal life. Oblivious to the history of Burkendall town, she did not know that shifters exist in this world. These two unlikely people were mates to each other but before they can have a happily ever after, unforeseen circumstances have torn the two mates apart. Will these two mates ever be happy and lived happily ever after? ======= Watching her eyebrows furrowed in concentration as she tried to solve a problem, Erick brushed a strand of her hair and tucked them behind her ears. Amber jumped, startled by the sudden touch. She whirled around and glared at him. “What the heck are you doing?” “Nothing,” he said. He really liked her scent. It smells of fresh flowers and the woods in the summer. Refreshing and wholesome. His wolf, Dane, always felt at ease whenever they were close to her. Ignoring his strange behavior, Amber continued to work on her homework. “What about this one? How do you get this number?” she asked, pointing at a question in her notebook. Erick leaned closer to her and at the same time, sniffed her scent. Amber jumped back, her eyes widened at Erick. “Did you just sniff me?!?” Erick pretend to look confused and frowned at her. “Did I? Are you sure you were not imagining it? You must be hearing things. I suggest you go and clean your ears next time.” Amber flushed red in embarrassment, or was it in anger. If it weren’t for the fact that she needed his help with her studies, she would not be here. Instead, she could have been at home, eating ice-cream while binge-watching Harry Potter. She just sighed in frustration and continued to ignore him. This was not the first time he had been acting strange. Earlier today, a guy was about to sit next to her but had moved away when Erick growled deep at him, like a dog… or a wolf. ======= Three chapters each week; Monday, Wednesday and Friday GMT +8 every 8PM ======= All the characters and places in this book are fictitious, and any resemblance to actual persons living or dead is purely coincidental. ======= Cover-page made by @CookieJiyen ======= Come and talk to me in https://discord.gg/uwE9yeF Follow me at Instagram @deetalkingcupcake ======= If you like what I write, I would appreciate some cupcake allowance https://ko-fi.com/deetalkingcupcake

The Love of a Lycan