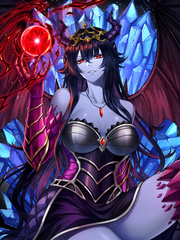 Hidden genius: Black belly snake is a popular web novel written by the author Yolohy, covering SYSTEM, WEAK TO STRONG, STRONG-FEMALE-LEAD, CULTIVATION, COMEDY, EVOLVE, ALCHEMY, FACE-SLAPPING, ROYAL LOVE, Fantasy Romance genres. It's viewed by 1.5M readers with an average rating of 4.77/5 and 51 reviews. The novel is being serialized to 129 chapters, new chapters will be published in Webnovel with all rights reserved.

Betrayed by her entire family, Tang Yue, the seventh princess of the snake clan, was betrothed to the tyrannical Elven prince, who is known for his blood lust and cold-blooded murders. He is even rumored to have killed several concubines mercilessly. Deemed as a piece of useless baggage and now tossed aside as a political chip, Tang Yue braved herself for the new torturous life that awaited her. As if this was not enough, someone mysteriously poisoned her in the betrothal ceremony. But akin to a slap in the face, that poison actually turned around Tang Yue’s pathetic life!! Poisonous fruits? Sure give me some. I need to snack anyways. Deadly toxin? Sure. My throat is a bit parched. Heh. Now you want to actually cut me down? Sure. You just have to slash past this thick skin! The lowly beast that had invoked its innate ability to evolve silently resolved to conquer the heavens. And of course, she had a master... ahem... system to help her along the way! ....................... I do not own the cover art and it will be removed upon request.