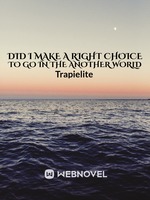 What is Hero Dungeon

Hero Dungeon is a popular web novel written by the author Trapielite, covering ADVENTURE, COMEDY, FANTASY, SHONEN, Fantasy genres. It's viewed by 1.5K readers with an average rating of 0/5 and 3 reviews. The novel is being serialized to 1 chapters, new chapters will be published in Webnovel with all rights reserved.

When Yamato Imatori is kid he wanted to be a hero like the other from the legend, gods made a dungeon and whoever kill the last boss of the dungeon shall called "Hero" but the seventh hero found out the demon are killing Gods, goddesses and more so he stop the demons and kill them, then many years later a powerful demon go inside the dungeon and he control the dungeon that give the monsters inside made them really strong then soon after he called "Demon King" and Yamato's parents died from a mission inside the dungeon, then he promise himself that he will be strong that he can surpass everyone around him, then after nine years his journey start.