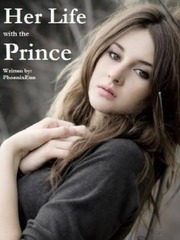 Her Life with the Prince

What is Her Life with the Prince

Her Life with the Prince is a popular web novel written by the author PhoenixEun, covering TSUNDERE, ROMANCE, LOVESTORY, PRINCE, PLAYBOY MALE LEAD, Contemporary Romance genres. It's viewed by 11.6K readers with an average rating of 0/5 and 0 reviews. The novel is being serialized to 11 chapters, new chapters will be published in Webnovel with all rights reserved.

She was Shirley, a Certified Public Accountant who had a big problem in terms of money. She needed money to help her family escape the poverty they were suffering. Her job under an old hotheaded boss was not enough to satisfy all their necessities. Solution to her problem? A better job. When fortune came to her, a job from England was offered to her face. This was a dream come true for Shirley because the job would not only give her family a better life, but also it would be the bridge for her success on being an Accountant. Despite of all good effects, she needed to work for the man who would be her nightmare. Prince Alexander. Prince Alexander never failed to join an issue every week. He had been known as the Prince of Scandal. If there was a new scandal invented, he would be the first one to try it. Because of an unknown reason, his former accountant left and now, he badly needed one. That was when Shirley entered the picture. What would be her life with the prince? *Please leave reviews for my future reference in writing. Thank you so much!*