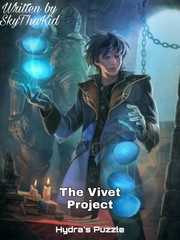 Help, I'm forced to be a NPC Mage! [The Vivet Project]

What is Help, I'm forced to be a NPC Mage! [The Vivet Project]

Help, I'm forced to be a NPC Mage! [The Vivet Project] is a popular web novel written by the author SkyThaKid, covering NPC, VRMMORPG, NOHAREM, VIDEOGAME, ADVENTURE, Video Games genres. It's viewed by 25.1K readers with an average rating of 0/5 and 2 reviews. The novel is being serialized to 0 chapters, new chapters will be published in Webnovel with all rights reserved.

Max, a newcomer in the professional MOBA scene, gets his life safed by the power of VR. Will he continue to live his new life, or will he abandon his mind? Disclaimer: Like all my works, this is just a first draft and edits will come slowly, but surely.

My Range is One Million

Ascension of the Master Assassin