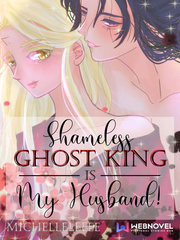 What is Heaven's Chosen [BL]

Heaven's Chosen [BL] is a popular web novel written by the author MichelleLeeee, covering SMUT, R18, ROMANCE, DEMON, LBGTQGAYBOYXBOYLOVE, GHOST, MARRIAGE, PROPHECY, ALWAYSANDFOREVER, FIRSTTIMEINTERCOURSE, EASTERNFANTASY, SWEETLOVE, LGBT+ genres. It's viewed by 246.8K readers with an average rating of 4.96/5 and 37 reviews. The novel is being serialized to 84 chapters, new chapters will be published in Webnovel with all rights reserved.

A young man returned to a world in a body he did not remember. Forced to marry the Ghost King as punishment for a crime he did not commit, he did not feel fear for the Ghost King. He felt undying love. Why does he felt this way toward the king? What are these memories and what do they mean? Why was there a prophecy that involved the death of the Ghost King and... he had to be the one to do it?! Can he stop fate from happening once again? == He soon felt the bed against his back, and he bounced against it. Wanting to get up, he felt breath near his face and his eyes widened. His red veil was removed over his head and he was back to staring into silver eyes and pretty lips. That hand left featherlight touches down the side of his face and he swallowed the saliva building in his mouth. He felt his heart beating so loudly in the room, like the beating of the climax of a drum. The Ghost King leaned in closer, breathe against his lips and he felt his eyes flutter shut. Nose glide softly over his cheek to his ear, before moving to smell the curve of his neck. A low hum was heard and he found his body ignited in flames. “Please,” he whimpered quietly. His entire body was shivering as if he had just been dunked into freezing water. He was graced with the inhumane face once more as those silver eyes searched his face. The longer the man looked, the more he wanted to hide himself again and never crawl out of it. “You are my wife,” the Ghost King said, and it made the shivering even worse. *SMUT starts chapter 16 and throughout future chapters.*

Prince and His Fool (Boylove)

What?! The gamemaster and the top player are dating?! [BL]

To Capture a Snake God [BL]