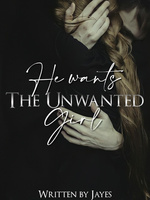 He Wants the Unwanted Girl

What is He Wants the Unwanted Girl

He Wants the Unwanted Girl is a popular web novel written by the author Jayes_diary, covering ROMANCE, ACTION, COMEDY, MODERN, FRIENDSHIP, FEMALE PRATOGONIST, WEDDING, LOVETRAINGLE, INDIAN, SWEET ROMANCE, Contemporary Romance genres. It's viewed by 6.5K readers with an average rating of 0/5 and 0 reviews. The novel is being serialized to 9 chapters, new chapters will be published in Webnovel with all rights reserved.

"I can't marry you." This one line shattered everything her dreams, hopes, happiness, her soul. This not only broke her heart but also seemed to be crushed her pride, her self respect. She felt belittled. She was broken again. She was unwanted again. The only thing she wanted to do is running away from all these. She started running leaving everything behind. As her steps increased darkness started engulfing her. Her eyes are full of tears making her eyesight hazy. Her path gets blocked by a sudden wall. She lost her balance. But two robotic holds cramped her soft arms making her heart seized right there. The dim light coming from far made her see two bright eyes staring straight into her eyes from the darkness. Her beautiful eyes full of water drops are shining like diamond and his eyes are mixture of fire and innocence. Tears in her eyes are like trying to extinguish the fire ignited in his eyes to bring out the innocence. She wants to get out of that iron hold. Her sweet voice almost whispered "Leave me." But instead the hold got more tight pulling her more close that their lips were about to touch almost and a cold husky voice ringed in her ear making her heart beat more fastly "Sshh, It's not easy to get out of my hold, love." Meet our heroine, Ananya Roy is a kind sweet beautiful girl with a painful past who comes to Mumbai after a long time. Arjun Singhania, has just returned from London after completing his MBA and now gonna join Singhania Group of Companies as the new CEO. He is an arrogant, rude person with awesome business skill and confident personality to his employees but so loving, caring to his closed ones. Join me to know their journey, How their paths crossed? How they became the light in each other's darkness? How they made complete each other? This ride is gonna give you the flavour of love, friendship, pain.