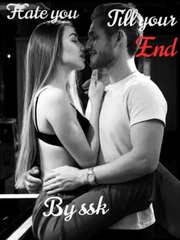 Hate You Till Your End

What is Hate You Till Your End

Hate You Till Your End is a popular web novel written by the author sanduleo, covering Fantasy Romance genres. It's viewed by 148.1K readers with an average rating of 4.69/5 and 19 reviews. The novel is being serialized to 43 chapters, new chapters will be published in Webnovel with all rights reserved.

"I want your power"she whispered." And I want your body"he replied. They both embraced themselves within the flow of pleasure. Their relation started with 'give and take' agreement, but ended with addiction with each other. This is the story of rosezia Jacob and Micheal Benjamin . Rosezia was a daughter of a business man and was well known in the business world as Ray groups elder heir. Meanwhile Micheal was king of the business world and is well known as a player. He had everything except for his behavior. Every woman would like to sleep with him but can't afford to Marry him . Obviously because of his player profile. The story began's when rose who had a crush on James Ardian , a well known businessman and who is on the top three of business world, accused her of the murder of his former lover Mariana. Leading her to the prison cell and the distruction of her family. No one got the body of her. But they all accused her , turnishing her reputation and harassing her to the extand where she left the hope to live again. After her family's mass suicide she got completely broke. Now there was only one reason for her to continue her life , that was distruction of James Ardian. Which lead her to connect with Micheal, whom she made an agreement and sold herself. Their relation began with lust soon it converted into something else. He had become her weapon and she had become his addiction. Now will these both be altogether or get separated after her completion of revenge.

Chased by My Demon CEO