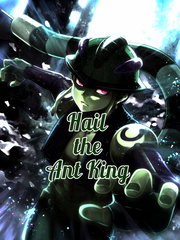 Gabriel Brace was playing with his friends, his life was good, he had family, friends, money, food, and entertainment, from sport to anime and sex. But, while he was playing, a friend of his had the 'fantastic' idea to put random things in Gabriel's water bottle, which created a colorless poison. He, without knowing anything about it, drank poison, and died, but unexpectedly, he found himself in a forest near Tokyo, in the Chimera Ant King's Body. And near him there was a letter, unexpectedly wroten from £&$@#*. He had 1 year... 1 year before everything started... 1 year to know how to use his new body and nen... And 1 year to know how in God's name he can transform in a Human form.