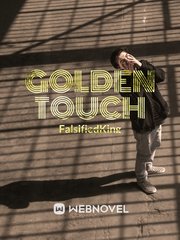 This Novel follows the legacy of a few people who have been reincarnated, due to a big mess, a god called Dionysus created. This God, Dionysus, gifted a mortal, called Midas, the ability to turn everything into gold, per touch. This ability overturned the life of Midas, who was literally forced into hell, because of his reckless wishing. This lowly King wasn’t going to hell alone, NoNoNo, he wouldn’t be a good father, if he wouldn’t take his family with him, would he? This was also the reason, for why his daughter and foster-son, followed their dad into the endlessly gloomy abyss, of hell, pretty nice dad, right? This synopsis is already turning foul, by me always starting each sentence with, ‘this‘, don’t you think so? Better start the Novel soon and watch as our story about, our 4 main characters unravels. But for all of you that want a real synopsis, here is one, that I created earlier, which doesn’t emphasize enough on there being more than one lead character, but it gets most of the points across, also one of these main characters, will be thrown around into a different time period(only approximately, 40 years away from the rest), so when all are together, one may be older than the rest, by a few decades, or even dead, who knows? Anyways, enjoy :p : ———————————— The 16 year old boy Midas, is the reincarnation of a King, who is also named Midas. King Midas, wished from an ancient god, that everything he touches turns into gold. Young Midas also has that ability and like King Midas’s, young Midas’s life is one filed to the brim with hardships and unfortunate events, which is also the main reason for young Midas being clinically diagnosed with Manic depression. Everything in young Midas‘s life seemed sour, so much so that he even wanted to take his own life on many occasions, until he someday had a fateful encounter with something, which turned his whole life upside down and gave him a feeling of hope which lead him on his path, and made him want to continue on living. Watch as, our little Midas struggles with the nuances of real life. See him trying to overturn fate, beating his depression and becoming the overlord of a whole new world.