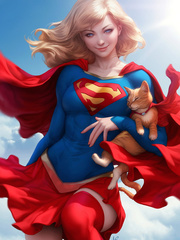 Golden Dawn (Naruto X Justice League) is a popular fanfic written by the author EternalBliss4U, covering HAREM, NARUTO, DC, R18, ACTION, ROMANCE, DRAMA, STRONG MC, SUPERGIRL, Anime & Comics genres. It's viewed by 1.2M readers with an average rating of 4.68/5 and 33 reviews. The novel is being serialized to 101 chapters, new chapters will be published in Webnovel with all rights reserved.

One life had come to an end but the regrets of the past live on. Witness Naruto adjusting to a new life without regrets in a world filled with hidden dangers and opportunities. Disclaimer: I don't own anything Powerful Naruto Harem Daily Updates Young Justice plus Justice League and some Teen Titans.