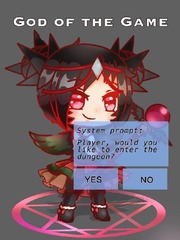 God of the Game

What is God of the Game

God of the Game is a popular web novel written by the author redearmuffs, covering HUMOR, FUNNY, GAMING, MAGIC, ADVENTURE, MMO, MMORPG, NEW, Video Games genres. It's viewed by 8.2K readers with an average rating of 0/5 and 2 reviews. The novel is being serialized to 3 chapters, new chapters will be published in Webnovel with all rights reserved.

In virtual reality MMO game FantasyFable, the top hero on a sever is nicknamed by the gaming community as the “Demon Child”, username Ruby4. This powerful player is unexpectedly played by a young teen boy named Ryan. After completing the game by defeating the final boss, Ryan becomes bored and decides to stop playing for good—— until his friends at school, who does not know about his prowess at the game, decides to invite him to start playing the game together. Unfortunately, his friends Chance and Alex, are revealed to be utterly hopeless at the game. Hijinks ensue