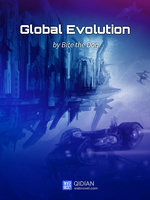 What is Global Evolution

Five hundred million years ago, an epoch of extraordinarily fast evolution and mutation took place. It is said that all ancestors of today’s species on Earth derive from those that appeared in the “Cambrian Period”. Unfortunately, nothing gold can stay. After the brief “Cambrian Period”, life on Earth entered a period of stagnation. Humans came out on top, becoming the most powerful species on Earth. A second age has come. During the first “Cambrian Period” humanity was kicked off of the throne of the food chain quickly. Now, during the second “Cambrian Period”, what will happen to humanity? The real end of the world is not the tale of brainless zombies. It is paradise.