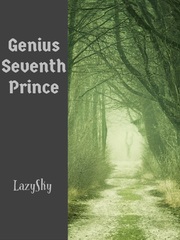 What is Genius Seventh Prince

Genius Seventh Prince is a popular web novel written by the author LazySky, covering NO HAREM, MAGIC, AGE PROGRESSION, ADVENTURE, ELVES DWARVES MAGIC BEASTS, BEAST PARTNERS, Fantasy genres. It's viewed by 3.2M readers with an average rating of 4.47/5 and 270 reviews. The novel is being serialized to 180 chapters, new chapters will be published in Webnovel with all rights reserved.

Greyson was born as the talented seventh prince of the small Ley Kingdom in the desolate Snow Country but he ended up an orphan at a local church in neighboring kingdom. Follow this genius and his rise to the top in a world where magic reigns supreme. Information for me: Connect with me on Discord: https://discord.gg/eDfa64D

Birth of the Demonic Sword