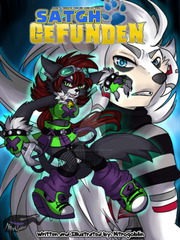 Within the futuristic society of Gefunden, the world is constantly threatened by the evil genius mastermind, Space Pirate, Dr. Archie Freid - "The Butcher". In turn, his arch-nemesis, Lync Hodgehedge, the heroic leader of the Guardians of Gefunden, answer the call to stop this sadistic mad man! However, after a grueling battle, the adopted daughter of the Butcher is forced to make a decision that will change her destiny, as well as the fate of the world. SATGH is an alternate universe mini-series that was repurposed from the retired, 2008 fanfiction version. "Some Alternate Timeline Gone Haywire" is a separate continuity from the main timeline.