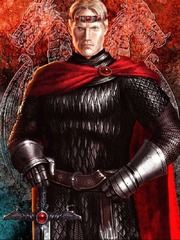 Game Of Thrones: The Dragon Targaryen

What is Game Of Thrones: The Dragon Targaryen

Game Of Thrones: The Dragon Targaryen is a popular fanfic written by the author Joker_HAHA_199, covering TV genres. It's viewed by 782.6K readers with an average rating of 3.71/5 and 22 reviews. The novel is over and can be read all 71 chapters in Webnovel with all rights reserved.

The Targaryens have a history of madness, and no one knows it better than Aelor, second son of the Mad King. Amidst his father´s erratic and destructive behavior and his elder brother´s decision to run off with a girl who wasn´t his wife, it will take every ounce of his Targaryen charm and skill at arms to save the greatest dynasty in Westeros...and that still might not be enough. "I DO NOT HAVE COPYRIGHT ABOUT THIS FANFICTION"