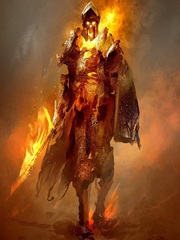 What is Game Of Thrones: Fireborn Overlord

Game Of Thrones: Fireborn Overlord is a popular fanfic written by the author Soulcrystal, covering GAME OF THRONES, KINGDOM BUILDING, SYSTEM, TRANSMIGRATION, SUMMONING, Book&Literature genres. It's viewed by 291.1K readers with an average rating of 4.59/5 and 38 reviews. The novel is over and can be read all 8 chapters in Webnovel with all rights reserved.

A man reborn after death with a single granted wish by God. The wish to be able to summon an army of fire, warriors of flame. Undying souls just like himself. A true knight of light against the horrors of the dark. Or will he himself succumb to darkness, abandon every ounce of his humanity and reign true horror over the known lands. May everything burn to ashes and be swallowed by chilling death. Now dance in the song of Ice and Fire! -------- . Updates: spontaneous since a trial story Disclaimer: As always, since this is a fan-fiction it will remain non-profit based. All rights of certain characters, as well as the worlds, are copyrighted to their rightful owners.