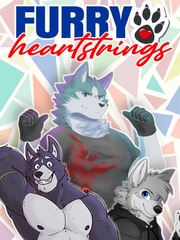 When Max, a young man with unimaginable talent in music, tampers with a peculiar acoustic guitar in the attic of their new house, the saying “curiosity killed the cat” seemed to worked. He wasn’t killed though, instead, he gets teleported to a world that he could only imagine. A world of furry beastmen and magic! But there’s one major flaw to this world; humans are treated as slaves here. Max was supposed to be put on sale, but his new found friend propositioned him to a buff wolf-man that would take care of him. And Arjo was very surprised to meet a human who can understand and talk the beastman language. While trying to survive as a slave with less restrictions, Max must also be aware of many things. First is the world prophecy wherein he’s majorly involved. Second is his growing mysterious power that he suddenly discovered. And lastly is his growing fondness to a certain dad bod wolf-man. Join Max and Arjo as they venture to the magical furry world, meet more people, and maybe find love for each other. And why is Max starting to feel like he’s been in this odd world before?