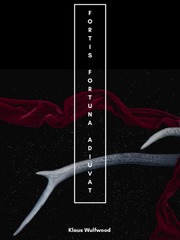 Misfortune and bad luck have followed Elias for all of his life. Bumps, scrapes, and bruises were never a stranger to him. At the young age of thirteen though, Life proved that it could hammer him with more than just minor injuries. After losing everything he had ever known, except his childhood best friend (and crush), Sable, he found himself on the run with her in tow. Eventually, they found themselves in the Capitol of the Kingdom of Wridania: Oclus. The Capitol streets proved to be tough living, but as Life often liked to do, it proved it could go from bad to worse when Sable was taken from Elias. Now, at the grown age of eighteen, Elias finds himself at the lowest point of his life. Sometimes though, even Life likes to be kind and provide a little bit of respite for an unfortunate soul...