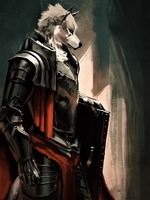 What is Forging The Beastmen

Forging The Beastmen is a popular web novel written by the author Variation, covering NON-HUMAN-MC, NON-HUMAN-PROTAGONIST, REINCARNATION, MAGIC, KINGDOM-BUILDING, ARMY-BUILDING, MODERN KNOWLEDGE, HUMANOID PROTAGONIST, POLITICAL INTRIGUE, ADVENTURERS, Fantasy genres. It's viewed by 25.8K readers with an average rating of 0/5 and 4 reviews. The novel is being serialized to 9 chapters, new chapters will be published in Webnovel with all rights reserved.

Our mc goes out peacefully and wakes up in the body of a beastman? Enslaved, hunted, and scattered, how will he save the beastman race, and bring them to glory?

Reincarnated as a Dragon!?