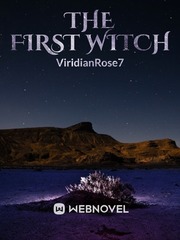 What is Forbidden Magic: The First Witch

Forbidden Magic: The First Witch is a popular web novel written by the author ViridianRose7, covering ACTION, ADVENTURE, MAGIC, TRAGEDY, VIOLENCE, POWER-SEEKING PROTAGONIST, DEMONS AND MONSTERS, UGLY TO BEAUTIFUL, HATRED AND FORGIVENESS, GRUESOME FANTASY, Fantasy Romance genres. It's viewed by 11.9K readers with an average rating of 0/5 and 0 reviews. The novel is being serialized to 10 chapters, new chapters will be published in Webnovel with all rights reserved.

In ancient times, magic was one with nature. It could not be tamed by anyone but the Elves of the Goddess of the Earth, Itaru. But soon, a new race of beings grew in number - mankind. They established great civilizations, ones that grew until empires overcame the wild elves of nature. From this rise of man came the first half-breeds, human and elf, known as mages, who began to stoke the fires of Itaru's divine energies themselves. But these half-humans soon became objects of fear, for human, elf, and even the Goddess Itaru. And all fear has an origin. This fear began with one being. One being that would forever tarnish the relationship between God and man. Her name was Niamha, the First Witch.