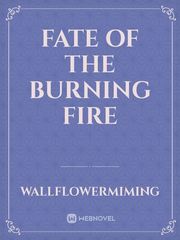 Fate Of The Burning Fire

Because of her father's mysterious disease, Princess Seraphine forced to marry a prince to take hold of the throne for being the next king of their kingdom. However, she's not allowing herself to be linked in the royal marriage traditions so she decided to go for another way instead of marrying. She took the courage for an adventure looking for the nine-tailed fox even knowing she is a princess. According to the enchantress she met, she needs its star ball to cure her father. But how could she get it if she doesn't know the exact location of the mythical creature? And thinking if it really does exist. Date started: Dec 6, 2019