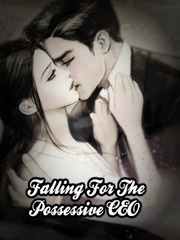 Falling For The Possessive CEO

After a long lengthy kiss, he let go of her lips. Looking at her with great passion in his usual cold eyes, he whispered. "I won't let anyone take you away. Not even death." Her lips were bitten into a swollen and red state. "You belong to me and only me." ... One year ago, in her drunken state, Xu Xinya made a mistake - a huge mistake of offending a tyrant - Lu Mingyu - the man whose name shuddered countless hearts. A year later, circumstances forced herself to agree to a compromise. As long as she was willing to be his mistress, her family would be spared of the huge debt. Things appeared so, he was their creditor and she was his debtor, nothing more; Xu Xinya was into this just for the sake of the family. But as their relationship grew she begins to doubt, were things really as they appeared to be? Did he allow her in just because of that debt...or was there some other terrifying truth that bound them together way before all of this started. "What was I to you?" She stared into his deep, cold eyes, for once not shying away at his intense gaze. Today, she must get this answer. "What were you to me?" He said absentmindedly. His deep abyss like eyes hazed for a second followed by a deep fascinating chuckled. "Do you dare to confront the truth?" There was clear warning in his tone. Like always, he tried his best to intimidate her and give up. Xu Xinya realized this and this only fueled her resolve. "Yes, I do!" She replied; her determination only becoming tougher at his warning. ... Warning: The genera is dark romance and the ML is portrayed somewhat a possessive freak. He mellows down later own. There will be sexual mature content and violence. So if it is not your cup of tea, steer away. ... Author Message. However, the ending would be happy, I assure you that. This author hates sad endings. Besides, there would be no Rape I assure you that. I despise rape and even though I would like to make my readers cry a bit, having rape in the novel is taking it a bit too far. In the end, do give this novel a try. You won't regret it. ... Discord https://discord.gg/NhTnvHS