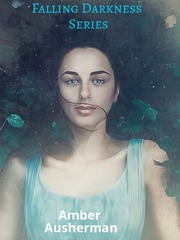 What is Falling Darkness Series

Falling Darkness Series is a popular web novel written by the author Vaspiramoore, covering ACTION, ADVENTURE, FANTASY, SCIFI, SPECULATIVE FICTION, Fantasy genres. It's viewed by 14.9K readers with an average rating of 0/5 and 2 reviews. The novel is being serialized to 34 chapters, new chapters will be published in Webnovel with all rights reserved.

The Casalyians are a noble race, maintaining the isolation their mechanical city in the sky affords them. Their abilities and wisdom exceed those of the humans But sixteen-year-old Creed Angelus has applied to the Council of for permission to visit with the Humans. His goal is clear and attainable, study the humans to see if his race could live with them. But there are those who stand in his way. The very same council members who gave him permission are now targeting him. Finding offense in his unlikely heritage, they will pursue any avenue to destroy Creed. His half brother, Vincent, remains loyal and protective to his younger brother, while pursuing his own mission, the mysterious disappearance of his young wife. Falling Darkness follows the quests of Creed and Vincent, their conflicts in Casalynn, bonding encounters with the humans and subsequent battles with the Nards, sub monsters dwelling underground.