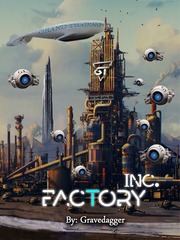 What is Factory Inc.

Factory Inc. is a popular web novel written by the author Gravedagger, covering SYSTEM, KINDOMBUILING, CITYBUILDING, MODERN, ACTION-ADVENTURE, WORLD-BUILDING, ADVENTURE, ACTION, SCI-FI FANTASY, Sci-fi genres. It's viewed by 2.2M readers with an average rating of 4.43/5 and 82 reviews. The novel is being serialized to 251 chapters, new chapters will be published in Webnovel with all rights reserved.

More than 500 years have passed since World war III, A war that changed everything. Humanity has long since recovered from the war's effect. Many human lives were lost, in return they also gained much more. But the Scars of war remains. Monsters and Beasts roam the Earth, and many places remain deadly due to radiation. Still, humanity stood firm and was able to persist and even surpass their ancestors in terms of science and technology. One day! A boy receives the greatest gift in the universe, in the form of a System that can produce factories. Now everything he needs is within his reach. He only needs to grasp this opportunity. But it won't be so easy, as he finds himself surrounded in a quagmire of conspiracies and attacks from powerful gods and demons that are trying to spread chaos in the universe. Follow Arc in his adventures to uncover the secrets of the System and the universe, while creating a safe haven for him and his loved ones. PS. I'm doing this by myself, and I'm no expert in English, so don't expect much. I'm just doing this for fun.. if you have any suggestions let me know every bit of it helps.