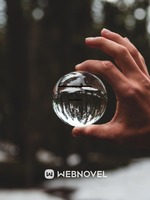 F:Ran is a popular web novel written by the author thedragon_killer89, covering COMEDY, FANTASY, ACTION-ADVENTURE, SUPER POWERS, EASTERN-FANTASY, LIGHT NOVEL, SWORDS, SHONEN, ANIME-ISH, Fantasy genres. It's viewed by 20.9K readers with an average rating of 0/5 and 5 reviews. The novel is being serialized to 34 chapters, new chapters will be published in Webnovel with all rights reserved.

As the big bang emerged, earth was created and several years later stars fell on the earth and the dust that those stars contained created life as we know it. Along with it,Humans found another identical energy and decided to use it, as they found it very compatible with the human's physical capabilities.They named it Saku energy. As time passed, it became a strong weapon that was used by all swordsmen. Ran was a boy with a great dream-- one of becoming a strong swordsman. Being born with a weak body however, made him insecure. Yet after coming to Tsurugi Academy the academy of his dreams, he will learn his true limits, and with the help of his friends, he will be able to over come them. But as in all great stories, things aren't that simple. And many mysteries await.