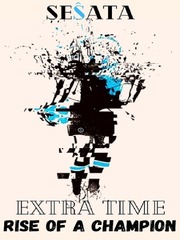 Extra Time: Rise of a Champion

“Some people think football is a matter of life and death. I am very disappointed with that attitude. I can assure you it is much, much more important than that.” - Bill Shankly, Manager Liverpool FC For Aidan Kane, football is both the cause of his untimely Death and his motivation to go one more round with Life. Extra Time: Rise of a Champion follows Aidan in his second chance at life, as he goes from a battered teenage runaway with no prospects to a core member of USMNT, fighting alongside his team for a bid to the 2022 World Cup. With the help of a mysterious System, can Aidan lead the US to its first ever World Cup Championships? And along the way, can Aidan finally find peace and meaning in his second life, after his first was filled with unrest and torment?