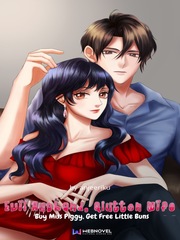 “Feng Tianyi! Your brother destroyed my Tang family! Is there anything good about your family?” “En. Can’t you see how our good looking genes are passed on to our children? As for the Feng family’s debt, I will pay you.” He said nonchalantly. Tang Moyu scoffed and crossed her arms over her chest. “How will you pay for it?” “How about I repay you with my body?” “...” So shameless! The man sitting on his wheelchair burst into a round of laughter seeing her ugly expression. “Miss Tang, it’s no point pretending you haven’t seen it since you practically climbed on my bed and took advantage of me.” Five years ago, Tang Moyu was the empress of the business world and was at the peak of her career before she was reduced to nothing when her fiance fell in love with another woman. That was okay since there was no love between her and Feng Tianhua, but who would have thought that this ‘Cinderella’ was a wolf in sheep’s clothing? Then there’s Feng Tianyi, the infamous successor of the Feng family, a critically acclaimed author who constantly rocked the bestselling list with his books. Rumors say that he was hot-headed and temperamental. He was so ruthless, that neither men nor women wanted his company. The rumors even say that his face was so handsome and out of this world. He was practically a god amongst men. It was a pity that he was crippled. The two were never meant to meet again, but a pair of sweet little buns intervened. “Uncle, we don’t have money to pay you for damages.” The elder Little Bun said. “My manuscripts are invaluable,” This handsome uncle replied with amusement. “Uncle, if you don’t mind, can we pay with our Mommy? She’s also invaluable.” And so the pair of sweet little buns and the handsome uncle entered an agreement but who would have thought that the woman in question was an ice-cold queen from hell who had a weird affinity with sweets? —— Editor/proofreader: ninaviews Book cover: Bizzybiin / copyright 2020 anjeeriku