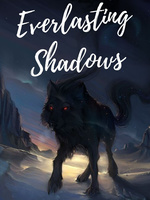 What is Everlasting Shadows

Everlasting Shadows is a popular web novel written by the author HurricaneSpirit, covering ADVENTURE, FANTASY, REVENGE, WOLF, WEAK-TO-STRONG, MAGIC, STRONG-FEMALE-LEAD, SPIRIT, Fantasy Romance genres. It's viewed by 21.5K readers with an average rating of 0/5 and 2 reviews. The novel is being serialized to 4 chapters, new chapters will be published in Webnovel with all rights reserved.

Spirit, a wolf-leopard hybrid seeks revenge against Shattered Soul, a ruthless organization determined to kill them all.

Pretending To Be Gilead's Prince and Master Wizard