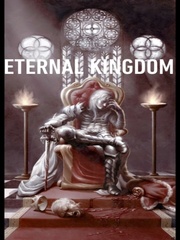 The travel between the seven realms is destroyed. Dulkhan one of the seven realms have lost their king, the era of solomon is over. His empire nation is seperated into seven kingdoms, each controlling a vast piece of land in the world of Dulkhan. 1000 years later, a gigantic storm of war, betrayal, romance and chaos will erupt in the world of Dulkhan.One that will shake the very core of the seven kingdoms and in the centre of that storm is a man called keiser. A young man who grew up in a strange island filled with monsters and beasts, befriends a growing dragon and sets out on a journey. Follow keiser as he starts his journey in a dangerous world filled with Siris, beings who can control the elements of nature and bring forth calamities or prosperity to the world. The dragon asked the boy, what are you striving so hard for? ... the boy replies to conquer the unknown! To drag the mask off the so called protectors and kings of the world! to ursher a new era unlike seen before! follow the adventures of keiser as he moves forward to achieve his dream 'I will never fall on my knees I am the king' Hello my fellow readers, am a new author and this is my first story that am writing. I hope you enjoy it and please leave a review so that i can correct any mistakes that you guys find. make sure you drop by.