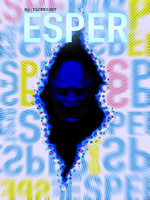 ESPER - is a popular web novel written by the author ylcknight, covering ACTION, ESPER, FICTION, DARK, PARANORMAL, JAPAN, SUPERHUMAN, TOKYO, Fantasy genres. It's viewed by 33.4K readers with an average rating of 0/5 and 5 reviews. The novel is being serialized to 35 chapters, new chapters will be published in Webnovel with all rights reserved.

A boy witnesses the murder of his family. The culprit? A paranormal being. When he tries to confront it, he believes that the ghoul possessed him. Now he has supernatural abilities that normal humans don't have. -- The protagonist of this story, Murakami Kouta, quickly realizes that everything in his life isn't in black and white. At Iwasaki High School, he has two friends, Sato Kasumi and Miyazaki Yumi, both girls in his grade. It doesn't take long for them to get entangled in the dark jungle that is Kouta's life, but when they do, it just might be too late for their feelings to reach him in the end. There is a power struggle in the city of Tokyo, Japan. Our main character becomes deeply rooted in the depths of the shady group of criminals called the Underground. He struggles with the mystery surrounding his parents' deaths, and the even bigger mystery relating to his grandfather. In the grand scheme of things, what is Kouta's true purpose as the last of his bloodline?

The rise of the saviour