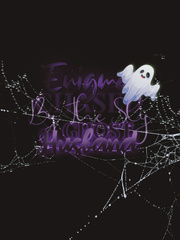 Enigma: Being Chased By A Sly Ghost Husband

Fate intertwines two people in a weird way. When a Fortune Teller predicted that Shin Ryujin's life would go through drastic change, Ryujin was not ready to believe it. Nonetheless, Ryujin understood the truth behind those words when she met Ahn Jaein. Founder of a successful gaming company, Jaein was almost at the peak of his career when an accident took his life. Woken up, he realized that he had turned into a spirit, and no memories were there within him. The only thing he had was his hatred towards Ryujin. Troubled by the mischevious ghost, Ryujin visited shaman, priest, exorcist, and even the Fortune Teller to get rid of the him. However, when none of this methods work, hot-headed Ryujin decides to take the matter into her hand. What does she do? Simple— Beat up the ghost so that he wouldn't be troubling her any longer.