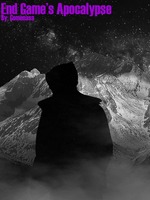 What is End Game's Apocalypse

End Game's Apocalypse is a popular web novel written by the author Gomenasa, covering MAGIC, WEAK-TO-STRONG, MALE-LEAD, WESTERN FANTASY, APOCALYPTIC, MYTHICAL BEASTS, Fantasy genres. It's viewed by 876 readers with an average rating of 0/5 and 2 reviews. The novel is over and can be read all 0 chapters in Webnovel with all rights reserved.

Year 2022: Earth has made very minor technological advancements, and has finally hit the height of its power. All limited resources such as fossil fuels have finally been expended, and the world seems to become paused― as if time has stopped and progressive behavior has become a dream. Without new technologies to fuel their interests, people of all shapes, sizes, and color begin to join a unified religion. This religion, although unnamed, worships a widely known entity, the god of miracles. This entity is known to be fake, even to its worshipers. However, as if their god was answering their prayers, on one night, a particular television station gathers millions of people, all to pray for an unearthly miracle under this god― the god seems to have responded, mystical powers are being unearthed! Follow Jona Southerland a new mystical power bearer on his journey to vanquish evil, practice his marksmanship, and learn the truth behind these so called "powers."