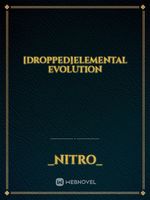 What is Elemental Evolution

Elemental Evolution is a popular web novel written by the author _Nitro_, covering SYSTEM, EVOLUTION, NON-HUMAN-MC, LEVEL UP, ELEMENTAL, TIME-SKIP, MYTHOS, Fantasy genres. It's viewed by 2K readers with an average rating of 0/5 and 0 reviews. The novel is being serialized to 3 chapters, new chapters will be published in Webnovel with all rights reserved.

Quick side note, i had “made” this novel but had never actually written anything. I don’t like the fact that i can’t delete this entirely so i decided to have a little fun. I cant remove it from the contest and you cant delete novels completely so I’m stuck with it i suppose. Also, i always end up disliking my work(i’m kind of a perfectionist and i’m not that experienced when it comes to writing), so i will warn you that i may end up burning out. ~ • ~ • ~ The world as we know it is made up of hundreds of thousands of small particle sized elements. Their number is ever increasing as is their verity but it wasn’t always like that. No, before the world took on a physical form their was only four elements that, quite literally, sparked the flames of evolution. They all formed at the exact same time due to the same event... the formation of Sol and its subsequent split, isolation, whatever you want to call it from the void. So lets take a couple millions steps back and experience what is known as the birth of our every world. ~ • ~ • ~ Release schedule will heavily depend on my motivation levels, just a little heads up.