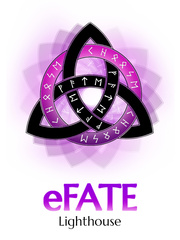 Fate, the world's first true virtual MMO. Where realism and fantasy meet. And where fates are shaped and legends are born. Hurricane is a famous game studio, but it has been years since they last released a new game. Amidst dwindling sales and news articles discussing its fate, Hurricane holds a press conference in the main auditorium at G3, the world's largest gaming convention for the first time in years. Here they announce that after almost a decade of silence, their new game is finally ready to be revealed. Follow as one of the greatest guilds of Fate is born, watch as new players burst onto the scene and old legends re-emerge. Come experience the world of Fate! ----------------------------------- Release rate: 3 Chapters a week. I'll do some extra chapters if we hit top 50 or higher. Probably. Scheduled releases on: Mon, Wed, Sat. More chapters may come if I get enough patrons on patreon. I may also be generous and simply release extra chapters if I feel like it. But don't expect that too often ;) ----------------------------------- This novel is primarily about gaming in a VRMMO. The MMO is the main setting of the story. There will not be unnecessary drama in real life. There will not be weird subplots about the implications of VR technology. This is a novel about an MMO setting and I plan to keep it that way. Do be warned that the first ten chapters of vol1 (Fate Revealed) is almost entirely worldbuilding and character development. Hopefully everyone can enjoy the first volume all the same! ----------------------------------- Please review and support the novel! I plan to do my best to keep the quality high ^.^ (And if you could donate, I can spend even more time on the novel and less working on other things :shamelessplug:) Discord: https://discord.gg/9Xrp5H3 Patreon: https://www.patreon.com/thegameslighthouse ko-fi: https://ko-fi.com/lighthouse